Best Drone By Get Childish Written Review and Demonstration

This is a very fun UFO Drone!

Not only does it look like a UFO, it also sounds like one. It even has the very cool lights that flash.

The remote is big and comfortable to hold in your hand. I have used a lot of drones before and this remote is very user friendly.

It comes with extra propellers. I suggest trying it indoors first to get used to the controls. In the video we made, you can see we tried it inside first. This was our first and second try using it. As you can see, we were able to maneuver it pretty easy to where we wanted it to go.

I liked pretty much every thing about this drone. The size was perfect, the lights were cool, the sound was great. It charges super fast.

You do need 4 AA batteries. The battery that is in the drone itself is the one you charge via usb and is included.

It comes in a cool box that makes it perfect for giving as a gift.

When we played with it a while, one of the blades did fall off, but they were easy to put back on and as mentioned above, even if you lose one, it comes with two extra ones.

Most drones don't look like a UFO. I found that I liked this one more because it does.

I received this drone for my honest and unbiased opinion. My opinion is my own and has not been influenced by anyone or anything. We have had a lot of fun playing with this.

my experience, WORST company EVERRRRRR!!! So, two months ago, oven not heating, sent a guy, he yelled at me in front of my daughter!!! and t... 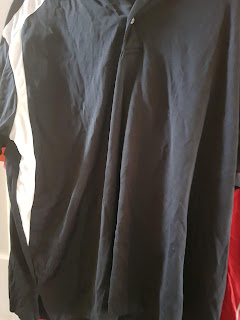 Thumbs Up or Down